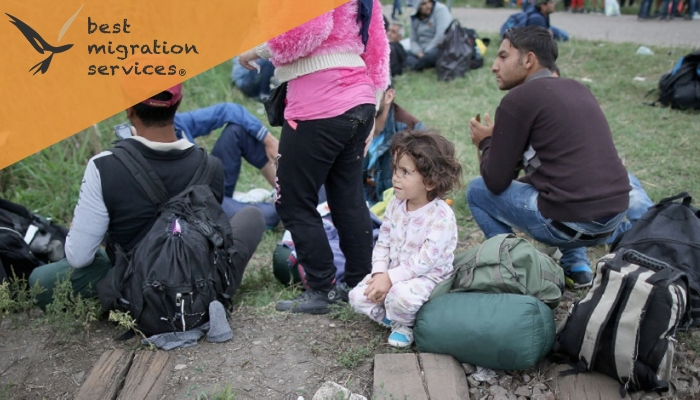 Australia has cut its annual immigration cap by nearly 15% and made it harder for immigrants to move to busy cities like Sydney and Melbourne.

Prime Minister Scott Morrison told reporters in Canberra that he is making the changes in a bid to ease congestion in major cities,

“We will reduce the cap on our migration program, build the infrastructure and deliver the services Australians need, and plan for a more evenly distributed population growth,” the Morrison government said in a media release on Wednesday. “These changes are about easing population pressures in our biggest cities, while ensuring regional communities are given a much needed boost.”

“Australia has thrived from a steady population growth and is the most successful immigration nation in the world and our plan will ensure our country continues to lead the way. But over the last two decades, the infrastructure and services have not kept pace, causing congestion on our roads and public transport particularly in Melbourne, Sydney and South East Queensland.”

Many Australian voters see the nation’s rising house prices and congestion as a direct result of population growth and the move from Morrison’s government comes ahead of the upcoming federal election in May.

Australian National University demographer Liz Allen told The Guardian that reducing the number of immigrants makes no sense and described it as “woeful”.

“What we’ve got is same old, disguised as something innovative and strategic for our future,” Allen said on Wednesday. “Immigration is scapegoated as Australia’s problem when immigration is Australia’s solution.”

“It won’t result in any substantive change, and more importantly it doesn’t address temporary migration, which is the largest component of bums on seats in our cities.”

There are also questions about whether the cap reduction is just an attempt to lock in declining immigration levels of the last few years of the Turnbull and Morrison governments.