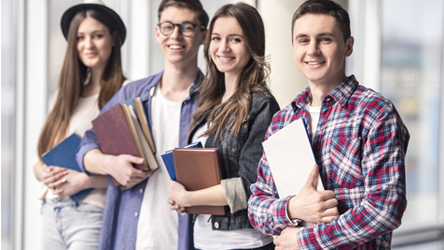 You will probably notice some lifestyle differences between Australia and your home country. Here are some insights into Australian culture:

Most Australians will be happy to help you if you’re unsure of something.

Your living costs will vary according to factors such as your lifestyle and location. To give you an idea of what you might expect to spend on living expenses each week, the Australian Government has provided a guide:

Typically the capital cities have the highest living costs, with the biggest cities — Sydney and Melbourne — usually being at the upper end of the spectrum and smaller cities such as Adelaide and Hobart being the cheapest.

Cost estimates were sourced from the Australian Government’s Study in Australia website in 2016.

Australia is a diverse and multicultural country. It is extremely welcoming towards international students and migrants, and celebrates the various cultures from which they come. With that said, as with many other countries around the world, Australia is not free from crime. There are certain methods that you can use to avoid being placed in vulnerable situations — tactics that can not only be used in Australia, but also around the world:

The Australian Government has established a student hotline for international students who are concerned about their welfare: 1300 363 079. If immediate emergency assistance is required, the best thing to do is call the Australian emergency telephone number: 000.