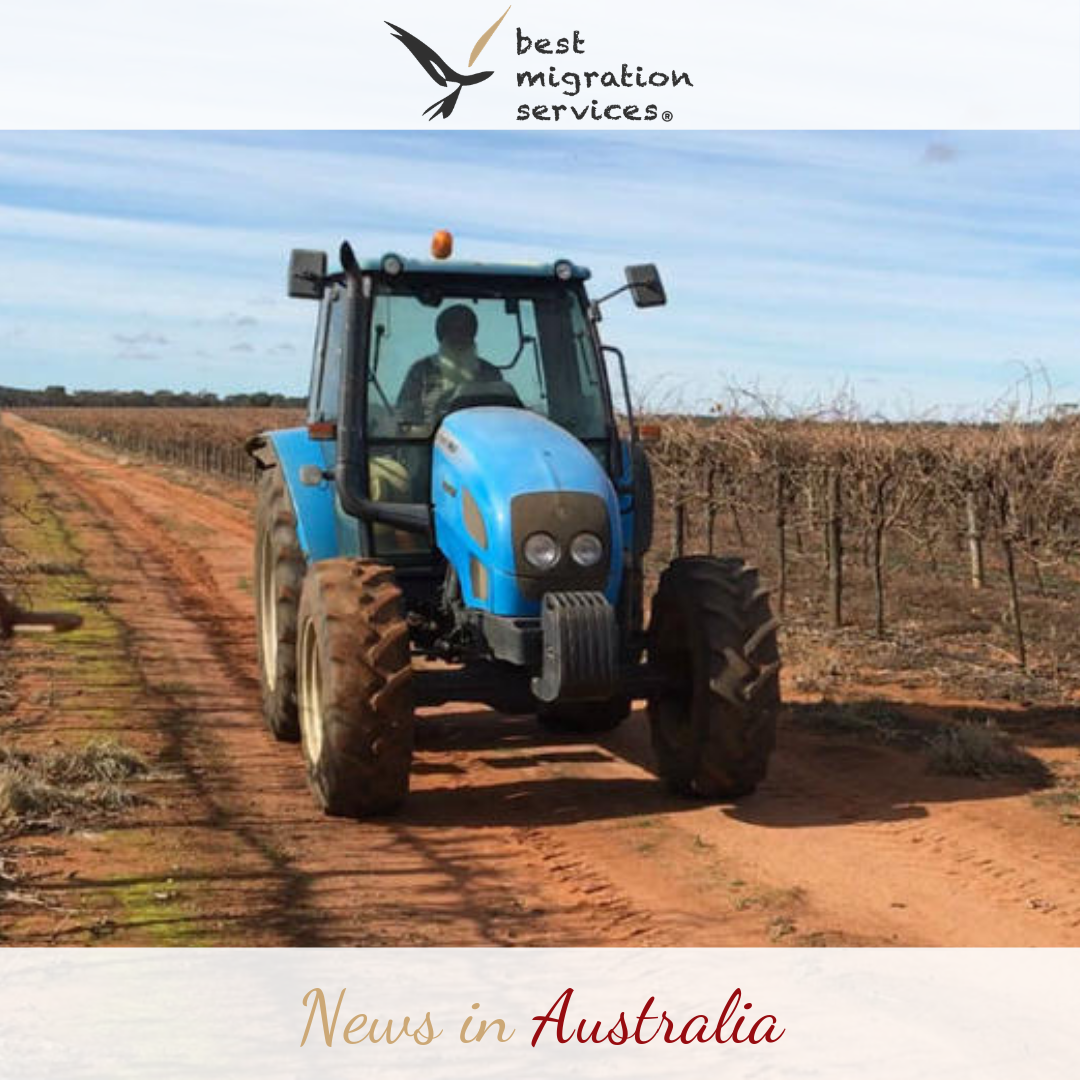 The Federal Government is making concessions in skill, income and English language requirements for work visas in regional areas where employers cannot find local workers with relevant skills to fill vacancies. The new agreements also provide migrant workers with a pathway to permanent residency in Australia.

The Federal Government of Australia has opened doors to semi-skilled migrants, in order to fill skill gaps in some regional areas, where they will have a pathway to permanent residence in Australia that was unavailable before.

The Commonwealth Government has signed a five-year special visa agreement with Victoria’s Great South Coast Region and Northern Territory that will give businesses in these regions access to broad range of occupations that weren’t available through Australia’s standard migration program.

The move serves as a respite for those affected by the changes to Australia’s immigration program that tightened the requirements for sponsored visas and pruning of the skilled occupation list that made permanent residency difficult for many migrant workers.

The Designated Area Migration Agreements that will lower the skills, language and income requirements and let the semi-skilled migrant workers access a pathway to permanent migration come in the wake of a vociferous demand for a standalone agriculture visa to meet a growing demand for farm workers.

To deal with labour shortage, Australia may soon start a new visa
While the exact details of the visa are not known, Federal Agriculture Minister David Littleproud has said delivering a special agriculture visa for the current picking season is his key priority.

Immigration Minister David Coleman said the agreements will support the skills needs of regional Australia where Australian workers are not available to fill those jobs.

“The Government is working to improve our immigration program to better match the needs of specific locations,” Mr Coleman said.

“In particular, we are looking closely at ways of filling employment gaps in regional areas. The Great South Coast region has been calling out for workers for some time.”

A five-year Designated Area Migration Agreement was already in place with the Northern Territory but that didn’t provide the workers with a pathway to permanent residency. The territory has now signed a new agreement last week after the existing agreement expired at the end of 2018.

“Employers struggling to fill any of the 117 skilled and semi-skilled occupations identified as being in shortage will need to demonstrate they are unable to employ a suitably skilled and experienced Australian to fill a position, before applying to sponsor an overseas worker,” she said.

The new visa doesn’t require any massive financial outlays and the English language requirement has been set low at 5 bands in each of the four components of IELTS. But applicants need to have an innovative business idea in order to secure a visa.

Manuela Seiberth, a migration agent in Darwin says she is “very excited” at the announcement of the new agreement.

“It’s a very good tool for the employers here to sponsor workers from overseas and retain them. Otherwise, they would have backpackers working for them during the dry season and then they leave,” Ms Seiberth told SBS Punjabi.

NT already had concessions in English language, skills and income requirements under the previous DAMA. But Ms Seiberth says she expects the pathway to permanent residency to be the biggest draw for foreign workers that the new agreement provides.

But the Department of Home Affairs says the terms of these agreements, including the mandatory minimum period of stay would be negotiated and tailored to the specific needs of particular regions.

“Those workers who are eligible for permanent residence under a DAMA will need to have been working in the region on a temporary visa for an agreed period before they can apply for a permanent residence visa.  This could be a period of up to four years depending on the agreement,” a Department spokesperson told SBS Punjabi.

The NT Government has confirmed to SBS Punjabi that the DAMA visa holders will be required to have worked three out of four years in the Northern Territory in order for business owners to apply to sponsor them for permanent residency.

“I’m hearing it’s 3 years. It’s three years under the 482 visa and people can apply for permanent residency once they have spent that period. So, it makes sense to keep it at that and not make it longer under the DAMA,” she says.

The legislation that the visa was tied to has been passed by the Federal Parliament, paving the way for the new visa. However, the opposition and migrant groups are unhappy that the Government’s visa is significantly different from what was initially promised.

Dan Tehan, the local Liberal MP from Victoria’s Great South Coast said the minimum period of stay before migrant workers will be able to avail of the permanent residency pathway would be three to four years for the region.

“What [migrants] would do is they would come in, fulfil the requirement — which would be three to four years working in the particular skilled-shortage area — then they would get on the pathway to permanent residency — not in all instances, but in some instances,” Mr Tehan told the ABC.

“Obviously there are criteria that they have to meet: anything with regards to breaking the law, etcetera, would obviously, could be prejudicial to them getting onto a permanent residency pathway,” he said.

The currently available sponsored work visas are subject to a minimum income threshold of $53,900 per annum. However, under the DAMA, employers are able to apply for concessions in this. Similarly, concessions are also made for English language requirements for migrant workers, depending on the country they come from, while all of them from non-English speaking countries are required to take an English test.

The Commonwealth government also discussing such agreements with other regions, including the Pilbara and the Kalgoorlie-Boulder regions in WA, Cairns in far North Queensland, and the Orana region in central NSW.

For these agreements to be approved, regions of Australia must demonstrate efforts to recruit the locals first and clearly identify labour market conditions and gaps. They must also demonstrate local support available to migrant workers.