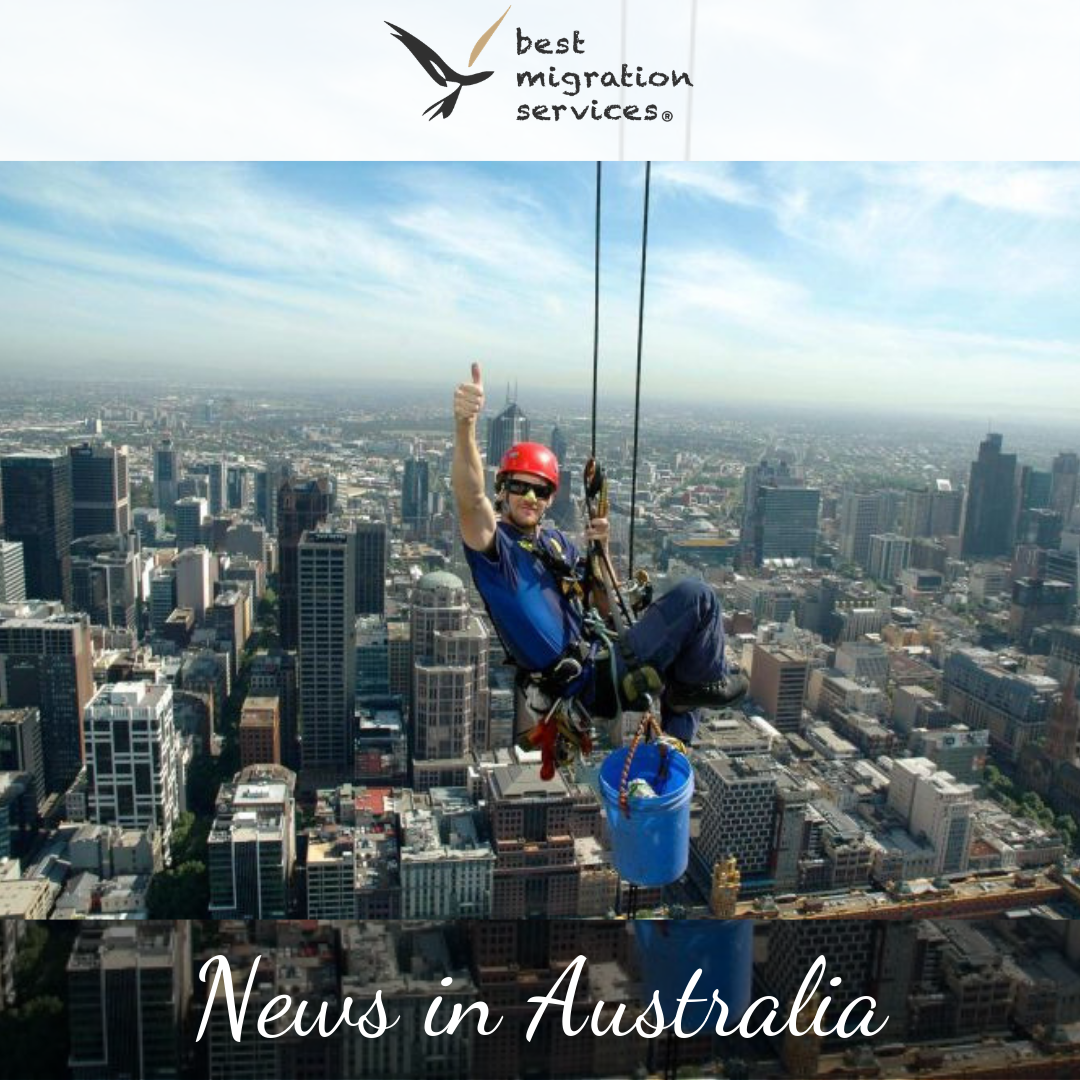 Jobs are the main factor keeping Australia’s economy from recession

Australia’s economy is hanging tough, stubbornly refusing to capitulate to recession after a world-record 28 years of growth.

But some of the threads it is hanging by are fraying, and chief amongst those is strong employment.

Even as Australia’s economic growth rate dropped off the edge of a cliff mid-last year — with quarterly growth plunging from 0.9 percent in the June quarter to 0.3 percent in September and down further to 0.2 percent in December — the unemployment rate fell too.

It declined from 5.3 percent to 5, then bottomed out at 4.9 percent in February this year.

But those falls are reversing, and now the biggest threat Australia’s economy is facing is that unemployment appears to have troughed and is climbing again.

The jobless rate rose to 5.1 percent in March and 5.2 percent in April — back to where it was in August last year.

That’s not a crisis, far from it.

As the Treasurer pointed out when discussing the GDP numbers on Wednesday, unemployment rose in April despite the creation of more than 28,000 jobs.

That’s because participation rose — the proportion of people either in work or looking for it is around record highs.

That means more Australians are working than at any time in history.

“The strong labor market is one of the reasons why the fundamentals of the Australian economy remain sound,” Josh Frydenberg told reporters.

Government spending holding the threads together

The problem is that it’s one of the only reasons the Australian economy remains sound.

Another Josh — Williamson, Citi’s Australian economist — who analyzed Wednesday’s numbers, noted that the business share of national income was around multi-decade highs, while the wages share was near multi-decade lows.

At least in part, that’s because one of the other key factors keeping Australia’s economy “sound” is a surge in commodity prices combined with bigger shipments of iron ore and LNG in particular, after global resources giants invested hundreds of billions to expand capacity.

The problem is, while those exports look great in the ABS National Accounts, most of the profits end up flowing offshore to the owners and investors that are mainly foreign-based.

The only other sector in rude health is the public one — perhaps ironic for a party generally associated with small government — with public spending up 0.8 percent in the quarter and 5.1 percent over the year.

This is the biggest domestic benefit from the commodity export boom, which is boosting company taxes and royalties allowing the Commonwealth and some states to spend more while still improving their budget bottom lines.

It is also one of the reasons why employment has remained high.

Many industries dominated by the private sector have been laying off workers at a rapid clip — over the year to March, manufacturers shed 62,500 jobs, construction firms nearly 50,000 and retailers nearly 25,000.

But that was offset by a mammoth 164,200 increase in public administration and safety, plus strong gains in the largest publicly funded health care and social assistance sector.

How long can employment defy a domestic downturn?

The concern is that this isn’t sustainable. Not only is it questionable whether the public sector will continue its hiring frenzy, but it seems increasingly likely the private sector job losses will get worse.

As this graph shows, where job ads go, unemployment usually follows in the other direction.

Seek doesn’t yet have an industry-by-industry breakdown for May, but over the year to March, it was real estate, construction, and manufacturing that had double-digit falls in ads.

JP Morgan economist Tom Kennedy says these are amongst the bellwether sectors, along with areas like retail, that do badly when the domestic economy is struggling.

PHOTO: The economic bellwether sectors of retail, construction and manufacturing have shed around 140,000 jobs in the past year. (Supplied: J.P. Morgan)

He notes that it is unusual for the unemployment rate to fall while jobs growth in these sectors is decelerating, let alone strongly negative.

And that is one reason why the RBA moved to cut rates last week.

When prodded by journalists last Tuesday night, RBA governor Philip Lowe pointed to the second consecutive monthly rise in unemployment as the thing that changed between the bank’s May meeting, when it left rates on hold, and the June meeting when it cut them.

Not much else had changed on the economic front, as Lowe himself explained in his speech, and the only other change was that the federal election had been run and won.

But jobs are key to everything.

They are the difference between a housing correction and a housing crash.

As ratings agency Fitch points out, falling home prices don’t become crystallized into losses, for households or banks, unless owners are forced to sell. When are they forced to sell? If they lose their jobs.

If the domestic economy is allowed to keep flailing, the nation could find itself in the same negative feedback loop between falling house prices, job losses and financial losses that tipped Ireland, Spain and the US into severe recessions.

But there is still some way to go before that worst-case scenario.

For all the discussion of the “per capita recession”, it is still a long way from the nightmare of unemployment Australia endured during its last “technical recession” in the early 1990s, when the jobless rate peaked at a record 11.2 percent in December 1992.

That was a full two years after then-treasurer Paul Keating declared “this is the recession we had to have”.

It was more than a year after legendary ABC reporter and presenter Mark Colvin recorded this Four Corners story focused on Dandenong’s unemployment crisis, which was exacerbated by the earlier death throes of Australian car making’s slow and painful demise.

Having surged, the unemployment rate remained in double-digits until May 1994.

It didn’t drop to anything we might now recognize as ‘normal’ until the 2000s when it was around 6 percent — still much higher than the current figure.

In the meantime underemployment has surged to record highs, replacing one labor market scourge with another, albeit lesser, evil.

But as Mark Colvin’s story highlighted, the effects of unemployment are long-lasting and potentially life-destroying.

That is why the Reserve Bank has moved now, stimulating the economy to try and head-off further job losses, and why it’s urging the Federal Government to do the same.

Let’s just hope they aren’t doing too little, too late.