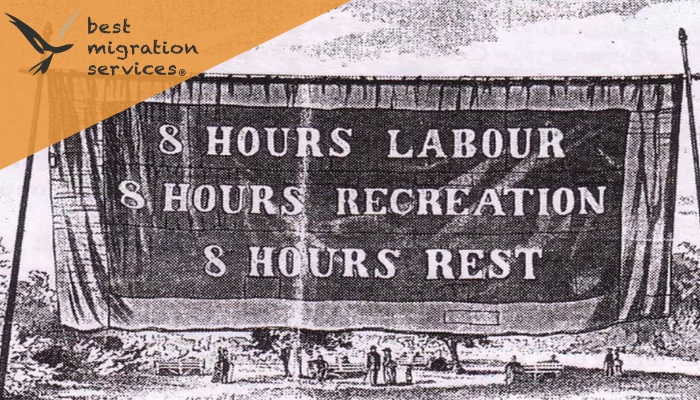 About Labour Day In Australia

The first march for an eight-hour day by the labour movement occurred in Melbourne on 21 April 1856.[2] On this day stonemasons and building workers on building sites around Melbourne stopped work and marched from the University of Melbourne to Parliament House to achieve an eight-hour day. Their direct action protest was a success, and they are noted as being among the first organised workers in the world to achieve an 8-hour day, with no loss of pay.[3]